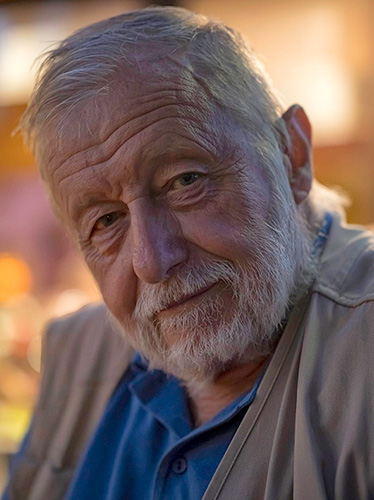 Vasja Doberlet lives in Kranj – Slovenia, he is a retired engineer. Already as a student, he started to exhibit in 1968. So, he is already 50 years and more devoted to photography.

For 13 years (2001-2015) he was chairman of Janez Puhar Photo Society in Kranj. In this period he was one of the driving forces to organize ten FIAP paper salons – Miniature. And four times his club organized “Puhar days” event under FIAP Auspices (several individual exhibitions of authors from abroad). Now he acts as vice-president of the Photographic Association of Slovenia. As FIAP Liaison Officer he represents Slovenia at FIAP for more than 12 years.

He was exhibiting his photographs in 60 countries around the globe. Altogether he participated at more than 750 salons with more than 2700 photographs and he received about 150 awards.

Vasja had 30 personal exhibitions in several places in Slovenia, and in Athens – Greece, in Budapest – Hungary, in Gorizia – Italy, and in two places in Croatia: Zagreb and Novigrad.

In 2008 Vasja received master distinction (MF FZS) at Slovenian Photo Association, in 2014 he received MFIAP, and in 2016 EFIAP/p. For his organizational achievements on the international level, he received ESFIAP in 2009. 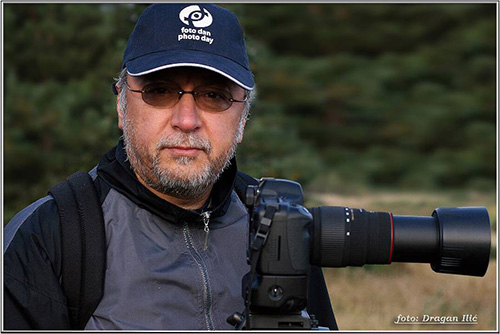 Born in 1961, professional photographer and owner of photo studio COLOR-202 in Zajecar, member of Art Association “ZAART” in Zajecar. He is one of the founders of the photo club “PHOTOCLUB 202” in Zajecar. For many years he followed the rock scene at the GUITARADE IN ZAJECAR. He has been photographing theater plays in the regional theater “ZORAN RADMILOVIĆ” for about twenty years. He was the official photographer of the “NATIONAL Museum” in Zajecar for 25 years. It also has a permanent exhibition in the same museum.

He has been involved in photography ever since he was young but started exhibiting more frequently after joining the Jesenice Photo Club in 1993. In his work, he captures everything he finds attractive and beautiful, most frequently landscapes, details and nature. Travel photography is his companion while traveling the world, and his bond with airplanes, to which he has dedicated his whole life, is inseparable.

He has participated in 530 group exhibitions, of which 370 were abroad, and organized 45 solo exhibitions, receiving 238 recognitions and awards so far. In addition, he has been a part of the jury for several local and international exhibitions. He has also contributed to organizational work in his parent club, as well as in FZS (Photographic Association of Slovenia), which awarded his continuous service with its highest recognition, the Janez Puhar Award.