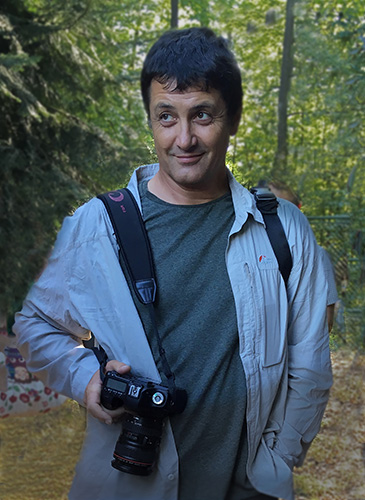 He is from Celje and works as a researcher and college lecturer in Ljubljana and the Czech Republic. As a member of the SVIT photographers’ association from Celje, he has contributed to international recognition with his aerial photographs.

M. Timer, professor of art history, says: “Matjaž has achieved in a relatively short time everything that an amateur Slovenian photographer can achieve; of course, like many other Slovenian artists, he is more appreciated and recognized outside our small country. His photographs are his signature; we recognize them among many because he takes them while flying. They are not just an average record of the flight over beauties of the local valley, but a narrative of the creator, a story that still respects technical perfection, classical proportions of painting, narrative of the shot and enthusiasm for the play of light and shadow. Despite digital photography, which allows computers to transform, alter and highlight, the author is so connected to nature that he uses the technical possibilities only to highlight its beauty.”
He is a Master of Photography of the Photographic Association of Slovenia (MF FZS) and a Master (MFIAP) of the International Association of Photographic Art FIAP.

By profession BSc in Mechanical Engineering. Works at DDOR Novi Sad as a damage assessor. He started working in photography in 1977. So far, he has participated in over 500 collective exhibitions (300 under the auspices of FIAP) and won over 300 awards and commendations. He held five solo exhibitions, in Bor, Novi Sad (FIAP Exhibition center), Kragujevac, Lechang city China and Aknari, Turkey.

In cooperation with the National Library in Bor, he formed an Exhibition Center within the National Library, where many collective exhibitions of photo clubs Danube and Balkans have been held so far, as well as solo exhibitions by the following authors: Branislav Brkić (Belgrade), Petar Sabol (Čakovec, Croatia), Boro Rudic (Skopje, Macedonia), Vanda and Klemen Klemenc (Jesenice, Slovenia), Dejan Angelovski, Gligor Maksimovski, Filip Ilievski (Kumanovo, Macedonia).

With the Danube Photo Club, organized 32 exhibitions under the patronage of FIAP and PSA. He has judged over 300 exhibitions in Serbia, China, Finland, Norway, Austria, Hungary, Slovakia, Croatia, Bosnia, Montenegro, Macedonia and Bulgaria.

Founder and President of the Danube International Photo Association (DIPA). 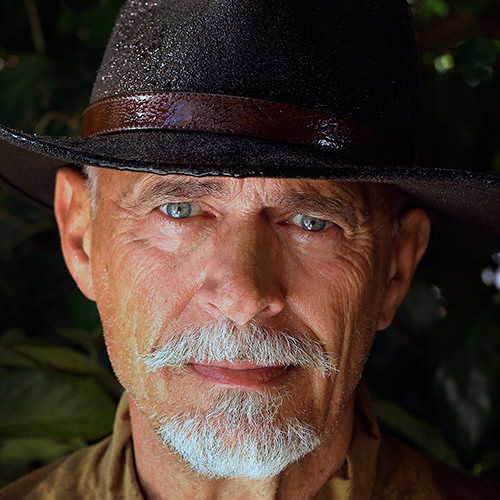 Nenad Martić was born in Zagreb in 1951, where he graduated from the department of fine arts at the Faculty of Teacher Education, University of Zagreb. He devoted most of his professional career to graphic design and illustration, starting in the 1980s by publishing his work in magazines and on book covers. The slow introduction of graphic design into Martić’s work, and a nudge towards digital photography that increasingly preoccupied him, marked the second half of his career. His initial interest in street photography evolved and broadened.

He now engaged in so-called creative photography and produced magical results with the combination of fieldwork and long hours spent behind his computer screen in his studio, editing his photos, creatively using the photomontage technique. In 2014, a turning point in his life, Martić joined Photoclub Zagreb, where he would meet many friends, and whose active member he still remains today. In the same year, he would start to take part in local and international photo competitions. Awards and recognitions from both followed quickly. Many of his award-winning photographs are shot with the help of a drone. He took part in three solo exhibitions and in many group exhibitions.