The best author of PANNONIA REFLECTIONS 2021 is Matej Peljhan from Slovenia with 16 accepted photos and three awards! 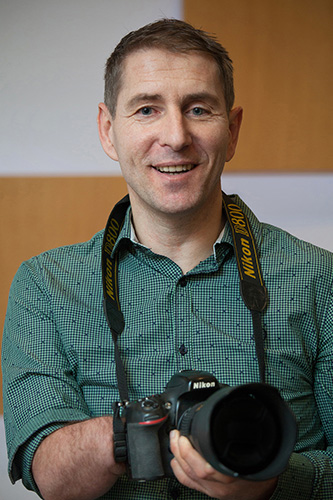 Matej Peljhan was born in 1967 and spent his entire childhood in a small village Col above the Vipava Valley, Slovenia.

At the age of 10, while playing with his friends, he experienced a severe accident with some explosive devices, scattered around during the World War II. He suffered numerous injuries, the most severe being the loss of his right arm and an eye. He finished elementary school in his home town and some years later the secondary school in Idrija; during all this period undergoing painful medical treatment and rehabilitation.

He studied psychology at the University of Ljubljana and soon after decided to proceed with his studies in the field of clinical psychology, which helps him a lot in his daily work with children with special needs. He lives in Ljubljana with his wife and three children.

He has been a photographer since 2009. He takes photos in an unusual way – because he can only manage a camera with his left hand, the camera needs to be turned upside down.

He holds the title master of photography, which is the highest title you can obtain in Slovene photography. He has presented his work at 18 independent exhibitions in Slovenia and abroad and has received over a hundred prizes. Two of his works are included in the photographic collection of the Museum and galleries of the city of Ljubljana.

His biggest success was the 2013 series called The Little Prince, which went viral. The photos have been pronounced as some of the most touching photos ever taken. The following year he was as screenwriter and director for the short film with the same title and received the award Vesna at the main national film festival.

Due to his personal and professional ambitions, he strives to bring photography as close as possible to the people with special needs. He has co-founded The Institute of photographic therapy where he offers workshops, educates others in the field of the photographic therapy and publishes professional articles. In 2015 he was the editor of the book called Phototherapy – from Concepts to Practices, which was published in English as well.

In 2018 he was elected as a president in the artistic council of the Photographic Association of Slovenia.